For a long time, people have tried to store solar heat for cold winter nights. Trees rule this principle, since the beginning of time. During incineration, their wood releases the stored solar energy.

How does this work?

Green plants are fixing (retaining) the solar energy by chemical transformation processes from solar light, water, minerals in the soil and CO2. This transformation occurs in the main by photosynthesis in green leaves (Chlorophyll). Initially, plants produce a sugar (glucose, also called dextrose) and then a “higher” sugar (polysaccharide), these are bigger carbon compounds (like cellulose). These represent the main components of biomass. People and animals also produce biomass by food intake.

What is a bioenergy source?

Bioenergy sources exist in a variety of different forms. Among the fuels, there are:

Important liquid energy sources that, for instance, can serve as fuel:

Gaseous energy sources to be mentioned:

How to gain energy out of biomass?

The oldest and most well known procedure is the incineration of mainly carbon, fixed in the biomass and combines with the oxygen in the air. This chemical reaction releases heat.

The biomass incineration is CO2-neutral, but, as biomass results not only from pure carbon, but with each incineration, other substances are released.
Biomass can be chemically transformed: for instance, into wood gas with which motors such as the internal combustion engine can be propelled.

Advantages and disadvantages of using biomass 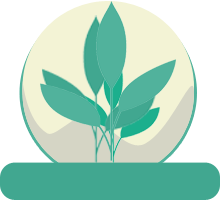